The introduction of the first multi-layer anti-reflective coating by Asahi Pentax, back in 1971, hit the market. Competitors reacted in many different ways. Were they effective?

When Asahi Opt. Co. introduced their Super-Multi-Coated Takumar lenses in 1971, there were many different reactions to this announcement. According to an article authored by Fabio Amodeo and published in September of 1972 by Photo 13 magazine, Nikon stated that they already employed multi-layer coatings (up to three or four) on some lens surfaces and Asahi was fooling photographers, since no more than 5 layers were technically possible. Also Canon and Leitz said they were developing a similar process, but 7 layers was far from being credible. To the contrary, Fuji said they were ahead, since they already had developed their own EBC (electron-beam coating) technology up to 11 layers, employed on some lenses for movie cameras on occasion of 1964 Olympic Games. Further in reaction of the Asahi announcement, Fuji said they were going to use EBC on camera lenses very soon. 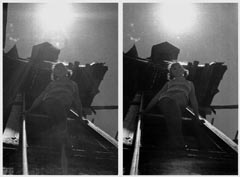 As I already wrote, Asahi didn’t invent the multicoating, since they bought patents from Optical Coatings Laboratories Inc. (OCLI), based in California. The merit of Asahi Opt. Co. was to understand the importance of anti-reflective coating, looking for the proper technology, developing their own industrial process and put it into production at acceptable costs. That marked a turning point in the evolution of photographic optics, allowing the development of modern ultrawide-angle and wide-range zoom lenses. With the growing popularity of zoom lenses and their ever-increasing focal length extension (needing more and more elements), multicoating became almost as necessary as glass in order to obtain quality optics.

It is believed that nearly all major lens makers (including Canon, Nikon and Zeiss) paid royalties to Asahi to make use of some part of the industrial process for laying thin anti-reflective compounds on glass elements at acceptable costs. Leica obviously distinguished itself by stating that multicoating was of little help and reducing the number of elements was better for flare control. Of course, when Asahi patents on multicoating expired many years later, they suddenly changed their minds and started using multicoating like all other manufacturers.

Since the Asahi claim of SMC being the most important innovation in photographic optics since the development of the Tessar by Carl Zeiss can be seen as exaggeration, some skeptical photographers and photo magazines’ editors rightly tested different lenses in order to form a documented opinion. Today multi-layer coating is taken for granted by everybody, and even the cheapest converter or filter is multicoated. I believe that a closer look to those data can be still very interesting.

As already reported in Spotmatic magazine No.4 (page 5), a comparative test about lens flare - authored by Maurizio Micci and published in 1974 by Fotografare magazine - among Super-Takumar, SMC Takumar and EBC Fujinon lenses was quite amazing. In fact the SMC Takumars scored only a bit better than the Super-Takumars, while the EBC Fujinons were outperformed by both lines of Asahi lenses. The wrong conclusion of the editor was that multi-coating was useless, since the then supposed most advanced coating (since Fuji’s EBC had 11 layers) arrived last, while the obsolete Super-Takumars ranked second and very close to the winners (SMC Takumars). This is not to blame Mr. Micci, since we now have more information and can draw quite a different conclusion. In fact what was my suspicion when I wrote the above mentioned article had already been officially confirmed by Asahi Opt. Co (but I wasn’t aware of that at the time): late production Super-Takumars were already multi-coated. It was probably just an experimental coating, maybe less than 7-layers, or maybe it was not on all air-to-glass surfaces, so that it didn’t perform as well as the definitive Super-Multi-Coating. What about the poor flare performance of the EBC Fujinon lenses? I suppose that at that time Fuji had to hurry in making use of multi-coating technology, and their own process was still not tuned up. In fact a few years later Fuji developed their improved Super EBC, which is now considered an excellent (some would say the best) lens coating for photographic lenses.

Another very interesting article about testing lens performance against flare, authored by Norman Goldberg, was published in December 1973 issue of Popular Photography. Here we publish the reference table for lens flare, as published by Popular Photography. According to Mr. Goldberg’s words, here is how the test works: the lens is placed at the opening of a large, hollow sphere containing several bright lights. With light flooding the front of the lens from every possible angle, a photomultiplier is used to measure the brightness of the detail-less image, and this measurement is considered to be 100 percent in the flare level. Next, a totally nonreflecting black target is placed at the side of the sphere opposite the lens. A lens with no flare will image the black target totally black, but a lens that has some flare will image the target as if it were some shade of gray. The amount of light present within the image of the black target is measured by the photomultiplier and expressed as a percentage of the first, all-white, 100-percent reading. In the simplest terms, the flare level of a lens is the percentage of light that intrudes into the image of a totally black target from a bright surrounding field of infinite size. Mr. Goldberg continues reporting that 85-, 105-, 135- and 150mm lenses by Asahi performed the same, regardless the series you consider: Super-Takumar or SMC Takumar. Asahi confirmed that some late Super-Takumars were already Super-Multi-Coated, but the old barrels and boxes which were employed didn’t report that. Data about 85-, 105-, 135- and 150mm Super-Takumar lenses were not reported in the reference table, just to prevent readers only looking at the table without reading the text to be fooled not knowing that story.

Quite surprisingly, flare level rises as the diaphragm is stopped down in the same lens and also considering different lenses you see that usually the slower the lens the more prone to flare it is. Trying to understand which lenses are best, please keep in mind that only lenses of the same focal length and speed can be compared, hence you cannot compare say a 50mm f/1.4 and a 24mm f/2.8. In any case, different percentage of flare for different focal lengths and speeds will give a correct idea of flare performance of each and every lens. In other words, you cannot say "The SMC Takumar 50mm f/1.4 (0.47%) is better than the Canon FD 24mm f/2.8 (1.42%)" but you can say "The SMC Takumar 50mm f/1.4 suffers less from flare than the Canon FD 24mm f/2.8". When you compare lenses of same focal length and speed you can correctly say "About flare, the SMC Takumar 50mm f/1.4 (0.47%) is twice as good as the Leitz Summilux 50 f/1.4 (0.9%)".

The original article was published on SPOTMATIC magazine #22, October 1999.